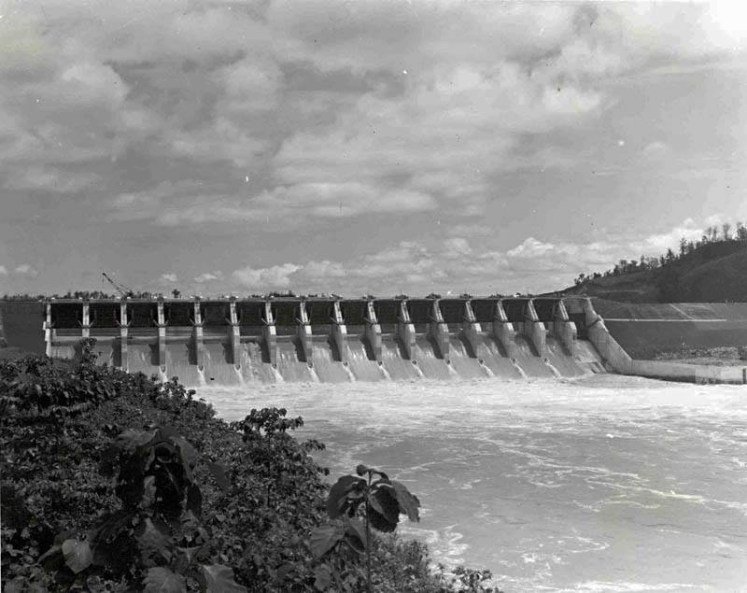 It is the Kaptai dam again.

Debates are brewing about the proposed plan to raise the water level of the reservoir or lake in a bid to increase electricity production by 120 megawatts and the issues raised against the proposal demands serious considerations.

The 670 metres long and about 46 metres high dam was completed in six years and was inaugurated on March 30, 1962.

The Hill people, according to newspaper reports, are claiming that with a rise of five feet in water level about 30,000 acres of cultivable land would go under water.

This has brought back the memories of the 1960s, when the dam was commissioned submerging 54,000 acres or about 40 per cent of the total cultivable land in the region.

The original Rangamati town, including the palace of the Raja, went into the lake created by the dam.

It swallowed the homes of 18,000 families rendering about 100,000 people homeless, who were about 25 per cent of the total population of the locality.

Turned into developmental refugees, the Hill people migrated to India and the subsequent story of dissension, armed uprising and negotiated settlement are all known to everyone.

Large dams were constructed as one of the most important tools for water resources management during the 20th century.

From the 1930s to the 1970s, construction of large dams was synonymous with development, progress and modernisation.

The situation reached a point when in the 1970s on average two or three large dams were commissioned each day somewhere in the world.

The immediate benefits of large dams, like production of electricity, food security, job creation, expansion of infrastructures, warranted their construction.

Global investment in large dams is estimated at more than two trillion US dollars.

But the benefits soon turned into curse and construction of large dams became a matter of public concern because of their impacts on people, and ecosystem.

The local adverse impacts of large dams soon turned into a global debate.

Estimates show that dams have displaced some 40-80 million people while diversions of courses have affected 60 per cent of the world’s rivers.

A number of global reports have documented the dramatic impact of human-induced water withdrawals from the lakes, rivers and ground aquifers.

Total annual freshwater withdrawals today are estimated at 3,800 cubic kilometres— twice as much as just 50 years ago.

Besides, there are questions of impacts on communities and environment.

Incidentally, social, environmental, governance and compliance aspects have been ignored in decision-making about the construction of a dam in the past.

The World Commission on Dams (WCD) observed that,

“efforts to date to counter the ecosystem impacts of large dams have met with limited success.

Pervasive and systematic failure to assess the range of potential negative impacts and implement adequate mitigation, resettlement and development programmes for the displaced, and the failure to account for the consequences of large dams for downstream livelihoods have led to the impoverishment and suffering of millions.

Since the environmental and social costs of large dams have been poorly accounted for in economic terms, the true profitability of these schemes remains elusive.”

Based on the findings of the WCD Report let us examine the recent proposal to raise the water level of the Kaptai Lake.

The proposal to construct Kaptai dam, like many others, initially envisaged five types of benefits.

These were hydropower generation, irrigation and drainage, flood control, enhancement of navigability of the river and boosting forestry of resources harvesting.

Later, fish culture in the lake was added to the list of benefits.

And recreational benefits could be added to the list. These benefits have been achieved to a significant level but the benefits from irrigation and drainage has not been realised.

But adverse affects of the Kaptai Lake have not been taken seriously by the planners, as is manifested by the proposal to raise the water level of the artificial lake.

Following the construction of the Kaptai dam and filling up of the reservoir into a man-made lake there was an acute shortage of cultivable land in the region.

As part of the original rehabilitation plan, the government allotted land to the displaced families in the low-lying areas of Langdu, Barkal and

The Kaptai Lake took about two years (1960-61) to take its final shape. In the second year when the low-lying areas of the thanas mentioned were inundated the rehabilitated people became homeless for a second time in a year and they decided to migrate to India.

The government tried to resist the exodus and carefully monitored their movements.

In a bid to outwit the government, the affected people resorted to various tactics.

Some of them left their houses at night keeping the lanterns burning so it was assumed the residents were still in their houses.

These people first migrated to the Mizoram, Tripura and Assam States of India.

Later, they were transferred to Arunachal Pradesh.

Presently, the water level of the lake is maintained at 25 metres above Mean Sea Level (MSL) up to June 1.

The water is stored during the monsoon when heavy rainfall and onrush of water from the upstream reaches of the Karnaphuli take place and the lake is filled up to designed high water level.

The maximum reservoir level is 33.5 metres above MSL.

The water is released from the reservoir during the wet season through a 227-meter long spillway only when there is excess of rushing water into the lake that can damage the stability of the dam.

Some water is discharged into the Karnaphuli River round the year as electricity is produced using the head of water.

At the end of monsoon season, the supply of water from the upper catchment dwindles down to trickles and the level of water in the reservoir drops as discharge from its storage continues for power generation.

So, the fringe land gradually emerges above water with recession of water line and cultivation on such lands becomes possible.

Availability of land largely depends on the fall of the water level in the lake.

It is not clear what changes have been envisaged in design as well as in operational pattern of the Kaptai project in the recent proposal.

It is known that the dry season water level will be raised.

Will the height of the dam be raised?

Possibly the answer is no.

Then, will the maximum reservoir level be increased? Again the answer may be no.

Otherwise the stability of the dam may be questioned.

Then how the water level during the dry season will be raised needs to be understood.

Then one will be able to quantify the area of land that presently comes under cultivation in pre- monsoon season will be lost due to submergence.

Apart from uprooting thousands of people, the Kaptai project has also created other adverse impacts.

According to the Chittagong Hill Tracts District Gazetteer 1975, the lake devoured a total of 54,000 acres under cultivation and clearing the forests reclaimed 21,522 acres of cultivable land.

In the Kasalong Reserve Forest under Baghaichari Thana alone, 100 square kilometres of forests were destroyed to reclaim 10,000 acres for farming.

The fish cultivation in the Kaptai Lake has also affected the local variety.

According to statistics available, during 1965-66, the share of Ruhi, Katla, Mrigel and Kalibaus and other fishes in the total fish population of the lake was 78 per cent.

There were also many species of birds and reptiles. Most of these animals and beasts are now extinct.

Today, there exists a varied range of options for delivering water and electricity services.

There is considerable scope for improving performance of the dam’s hydropower generation units.

“as a development choice, the selection of large dams often served as a focal point for the interests and aspirations of politicians, centralised government agencies, international aid donors and the dam-building industry, and did not provide for a comprehensive evaluation of available alternatives.

Involvement from civil society varied with the degree of debate and openness to political discourse in a country.

However, the WCD Global Review documents a frequent failure to recognise affected people and empower them to participate in the process.

In some cases, the opportunity for corruption provided by dams as large-scale infrastructure projects further distorted decision-making.”

All these accusations are also valid in the case of Kaptai dam.

A Chittagong University study shows 69 per cent of the Chakmas felt that the dam created food and financial problems for them, 69 per cent complained of inadequate government help for rehabilitation, 58 per cent were disheartened as it did not provide any meaningful job opportunities and 93 per cent felt that their economic condition had been better before the construction of the dam.

The affected people had no role in the planning process nor were they consulted about the relocation or rehabilitation programme.

And the engineering services and construction work were done by International Engineering Company (IECO) and Utah International Inc. respectively, both of the United States.

One may ague that in the 1950s, when the Kaptai project was taken up, the importance of local people’s participation in planning process was not given due emphasis.

One may claim that environmental impact assessments were not a known component of professional practice in those days.

One may further argue that social impact assessment is a recent requirement in project planning process.

One may point out that consideration for ecological and bio-diversity conservation is of recent origin.

But such claims are not valid any more.

These are essential requirements of planning process under the present policy as well as legal regimes in force in Bangladesh.

Recently formulated Water Policy as well as the regulations under the Environmental Act of 1995 demand that these analyses are done properly.

Time has come that Bangladesh introduces the practice of holding open and free public hearing for all major and controversial projects.

Topic: Bangladesh, CHT, hill people, kaptai dam, Kaptai Hydroelectric project, WCD
The articles published in Jumjournal may lead to informational errors or you may have disagreements with any of the articles. You can also write in jumjournal with your opinion or send us your writing with correct information. To send us your write up or If you have any inquiry please contact - jumjournal@gmail.com 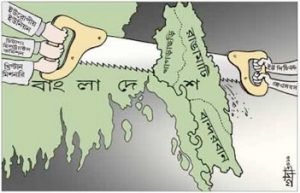 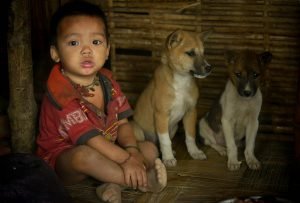 Why the Jumma Peoples’ claim for Indigenous Identity is reasonable